Thoughts influence emotions, so you can change how you feel by changing how you think

As a human, you've probably noticed that your ability to directly control your feelings is limited. When something happens, you can't just decide to be happy, sad, calm, or angry about it: some part of your brain has already decided how it feels and tells your conscious mind about it after the fact.

What you do have control over, at least to a much greater extent than emotions, is the way you think about stuff. 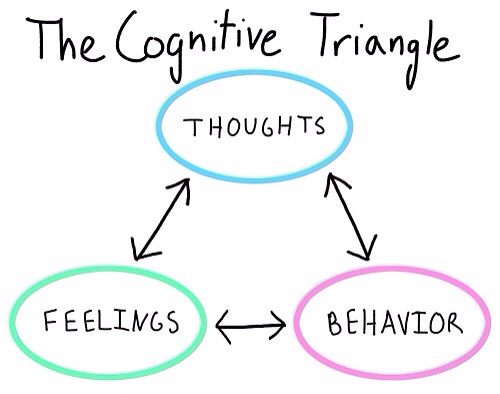 Since human minds are imperfect, many of us have automatic thoughts that are not accurate interpretations of the world around us: things like "I'm always terrible at this" or "everyone hates me". The differences between these thoughts and reality are called cognitive distortions. For example, the distortion of overgeneralization means thinking something is more common than it really is (it is quite impossible to be hated by everyone!).

Cognitive restructuring is the process of influencing your feelings by changing your thoughts. It can be done as a step-by-step process in writing:

An example of this process:

It takes practice to do effective restructuring, and it can often help at the start to ask someone else to identify distortions you might have missed. If you are being self-compassionate, cognitive restructuring is a natural part of that: finding the silver lining and playing down overly negative thoughts is a great way of helping yourself cope with difficult situations.

Evidence-wise, cognitive restructuring is a component of cognitive-behavioral therapy, which is a strongly supported treatment for a variety of problems[1]. Since there seems to be less research on the technique as a standalone therapy, it's likely best used together with behavioral methods like behavioral activation.